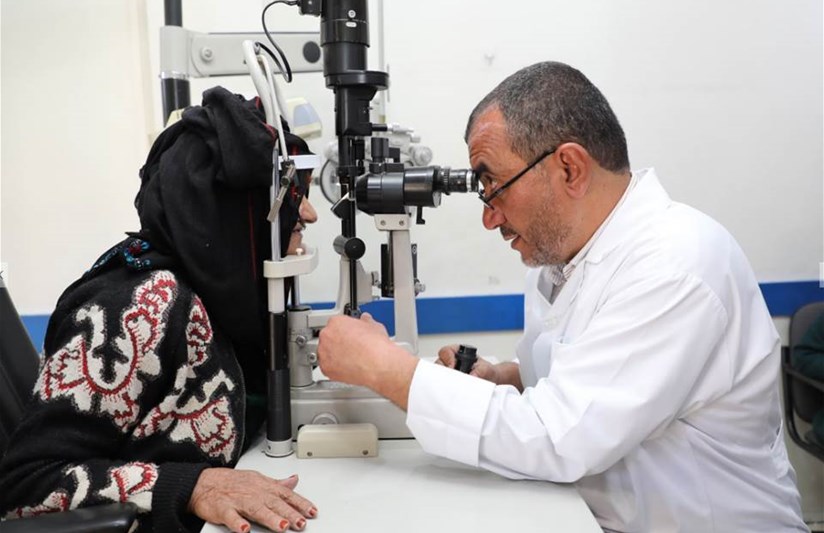 20The secretary of the Capital Municipality Sheikh Ali Al-Qafri inaugurated today Al-Nour Free Medical Camp at Al Noor Medical Center for Ophthalmology and Removal of White Water for the poor.

The five-day camp, which is being implemented by Al-Nabras Health Association and sponsored by SabaFon Company, Al-Jazeera and Al-Khaleej Pharmaceutical Company, is conducting free inspection and testing of about 1500 cases, in addition to conducting about 200 surgical procedures to remove white water, after the operation.

The Deputy Director of the General Secretariat of the capital, along with the Director of the Directorate of the Net General Yahya Al-Shihani and a number of managers and officials of the Secretariat in the various sections of the camp and briefed on the level of preparation for the operations and services provided by the camp for patients of the poor and needy of the Directorate of the 70 St. and the children of neighboring areas free of charge.

Dr. Abdulhak Al-Ashoul, Executive Director of Al-Nabras Association, said that the Association provides medical services free of charge through the establishment of health camps for ophthalmology in different governorates in order to alleviate the suffering of people with difficult economic conditions and unable to afford the treatment. To consider these poor and destitute people and to spread the spirit of hope in them and raise their morale and psychological status.

For his part, the Community Sponsorships Officer at SabaFon Company, Mr. Mohammed Al-Malahi, stressed the company’s commitment through the campaign to support community projects that contribute to alleviating the burden on poor and needy groups.